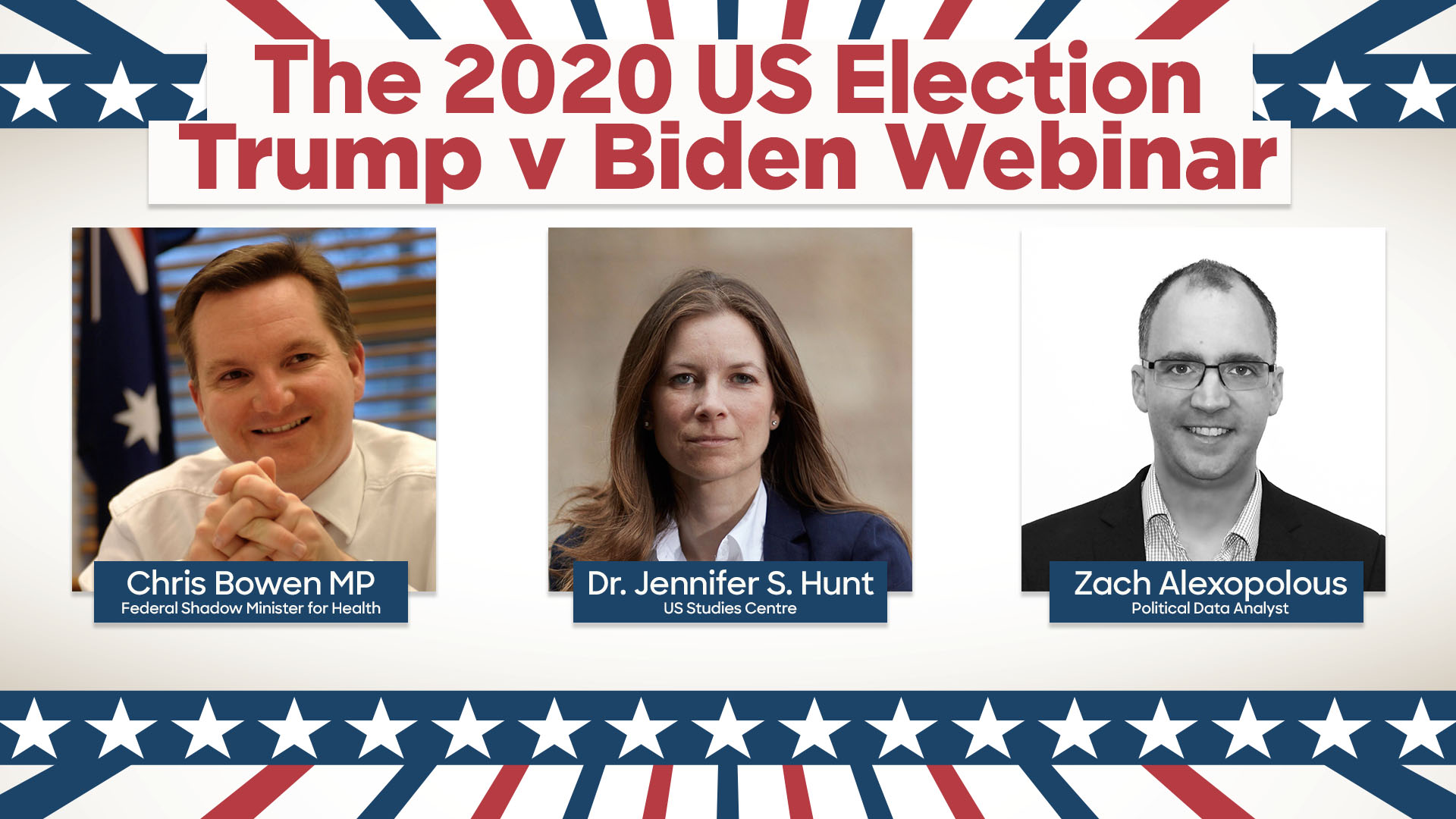 Join Chris Bowen MP for an in-depth discussion of the upcoming USA election.  Chris will be accompanied by Jennifer S. Hunt and Zach Alexopolous.

Zach Alexopoulos - Zach is one of Australia's leading political data analysts. A former pollster, data director for NSW Labor and advisor to Victorian premier Daniel Andrews, he's a veteran of multiple campaigns and election counts in Australia and overseas going back two decades.

Dr. Jennifer S. Hunt – Dr Hunt is a lecturer in national security at the Crawford School of Public Policy, ANU and a Non-Resident Fellow at the US Studies Centre, University of Sydney. Hailing from the hotly contested swing state of North Carolina, Dr. Hunt attended the University of North Carolina-Chapel Hill (USA) where she was captain of the Sabre Fencing team. Dr Hunt publishes on comparative national security policy of cyber and energy issues in the US, Australia and the Arab Gulf. She has served as a delegate at the Shangri-la Security Dialogue in Singapore, a participant in Cycon at the NATO Cooperative Cyber Defence Centre and attended the World Economic Forum at Abu Dhabi. Dr Hunt's expert commentary has been featured on ABC’s Q&A, The Project, BBC, The Drum and the History Channel.