The First World War created a significant split in the Labor Party over the issue of conscription. Conscription was supported by a majority of leading Labor politicians and opposed by nearly all union officials. When Hughes, then Labor Prime Minister, put the issue to a referendum, Holman, the then Labor Premier of NSW, campaigned for the "Yes" case. When the referendum was lost, Holman decided to join with the Opposition and form a National Party and a ministry. Shortly after, Holman and 17 other Labor members of the Assembly were expelled from the Party. After narrowly winning the 1920 election, Labor lost the March 1922 election after a few months of chaotic factional disputes.

Jack Lang, one of the most memorable Labor leaders, brought the Labor Party back to power with a two-seat victory in 1925. The Lang Government subsequently reinstated the 44 hour working week and introduced the Widows' Pensions and Workers' Compensation Acts.

Lang was finally dismissed by the Governor in 1932 after he instructed public servants not to pay money into the Federal Treasury. The deeply divided Party lost the subsequent election in NSW and stayed in Opposition for nine years.

A united Labor Party was elected to govern in NSW in 1941. That year marked the beginning of 24 consecutive years of Labor government in the state, with William McKell elected as wartime Premier. McKell launched an elaborate scheme for social, economic and environmental reform, which was continued by successive Labor governments.

Social and industrial changes were the most important aspects of the McKell Government. Among these were the establishment of the Office of the Public Defender to represent underprivileged people in courts and increased pensions payments for widows.

Industrial legislation was enacted including the Annual Holidays Act, which guaranteed all employees the right to two weeks holiday per year with full pay. In the health area, the McKell Government passed the Pure Food Act and the Public Health Act, established a Cancer Institute in Sydney, and embarked on statewide health duration campaigns. 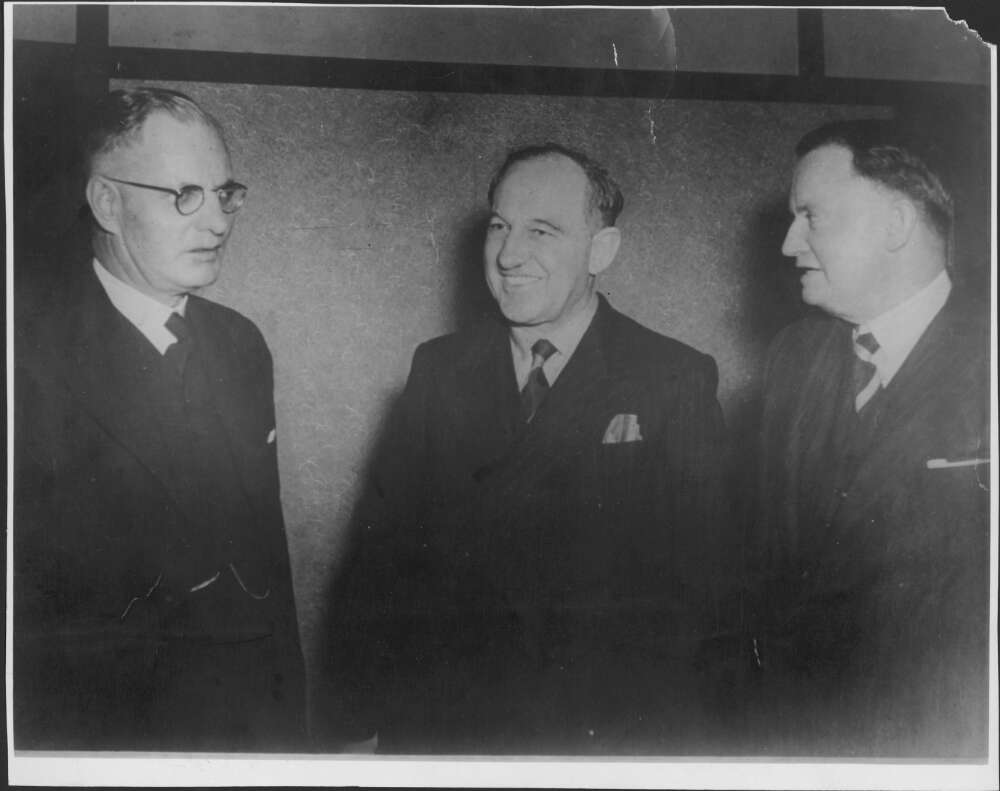 McGirr resigned in 1952 due to ill health and was succeeded by John Joseph Cahill. Cahill used his political skills and astuteness to keep the NSW Labor Party together during the tumultuous fifties, when the ALP nationally was deeply split over the outside influence on the Labor movement.

The Cahill Government introduced equal pay for women, three weeks annual holidays, repudiated many of the penal clauses in arbitration and gave substantial support to the Opera House project. After Cahill's death, he was replaced by Robert James Heffron. Heffron did a tremendous amount to expand and advance the quality of education in NSW, and built on the program set by the previous Premier.

Heffron retired as Premier in 1964 and was replaced by Jack Renshaw. Renshaw's term was short, and in the 1965 elections the Labor Party was defeated after 15-years of majority government.

After a decade of conservative government in NSW, Neville Wran brought the Labor Party back to power in 1976. During his decade in government, Wran pursued an impressive program of reform and change.

Wran resigned as Premier and as a member of Parliament in 1986. He was replaced as Premier by Barrie Unsworth, who continued the broad reform program begun by the Wran Government and initiated a number of new reforms mainly in the areas of environmental protection, development and law and order.

The Labor Opposition under the leadership of Bob Carr regained most of the lost ground when it narrowly lost the May 1991 election by two seats. This election and a subsequent Labor victory in a by-election in the seat of The Entrance resulted in a minority Coalition Government with five independents holding the balance of power.

The Carr Government built on its credentials as a reformist government with its strong emphasis upon traditional Labor concerns such as education, industrial relations, health, law and order, and the environment. The Carr Government also oversaw the 2000 Sydney Olympics as well as pioneered Private-Public Partnership models in Australia as a method for funding additional infrastructure in the state. 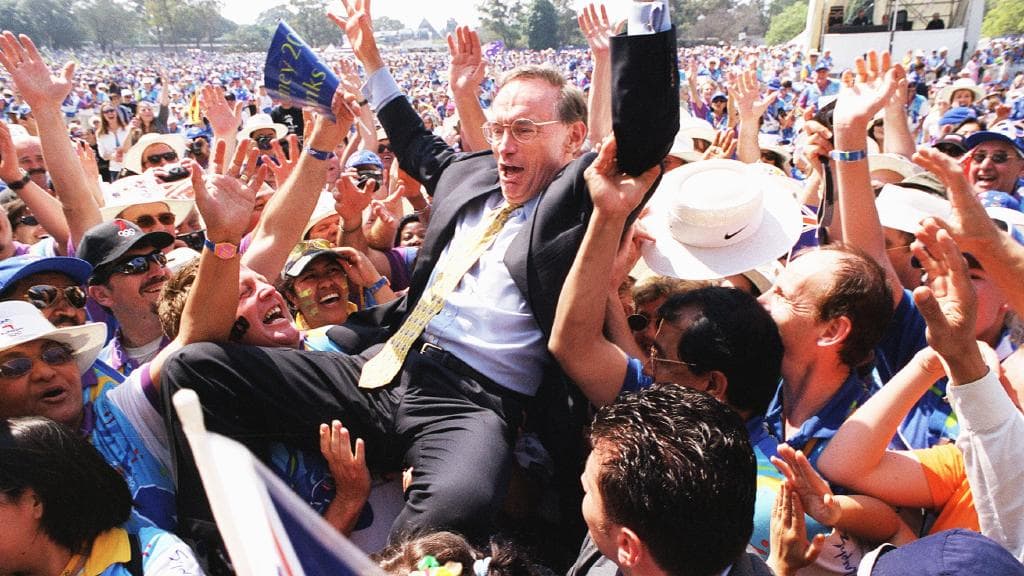 Bob Carr at the Sydney Olympics

After the resignation of Bob Carr in 2005, the Labor Party chose the former Health Minister Morris Iemma to lead the government into the next election, which ultimately saw the re-election of Labor. Having won the 2007 election, the debate for electricity privatisation saw a divide in opinions within the party. In 2008, the NSW Labor State Conference delegates voted overwhelmingly against privatisation.

In 2008, Morris Iemma resigned and Nathan Rees, the Member for Toongabbie, became Premier. In 2009 Rees was replaced by Member for Heffron, Kristina Keneally. Premier Keneally, the first female Premier of NSW, was given the task of leading NSW Labor into the most difficult election ever faced by the Party.

The 2011 election saw 16 years of Labor government come to an end, and Labor was cast into Opposition. Kristina Keneally resigned from NSW Parliament and was replaced as Party Leader by the former Minister for Transport John Robertson.

Being Labor means that you are part of a movement that is dedicated to keeping Australia fair. As a party we believe in the values of equality, democracy, liberty and social co-operation. Our commitment to Labor values means working together to make sure that the benefits of rising prosperity are shared fairly and underwrite a better and fairer future for the next generation. Prosperity starts with good jobs and services. Labor has fought for more than a hundred years to ensure everyone can get a job, and that essential health and education services are accessible.

Education: Opportunity starts with a great education. Labor in government has always lifted investment in our schools and our literacy and numeracy rates are among the highest in the world.

Health: Labor has always increased funding for health and re-built or upgraded every major hospital in NSW. We remain committed to keeping health care accessible for all.

Workplace Rights: Labor is committed to the application of democracy in industry to increase the opportunities for people to work in satisfying, healthy and humane conditions, and to participate in and to increase their control over the decision-making processes affecting them.

Environment: Labor knows the fragile and diverse nature of our natural environment and is committed to its protection. That’s why we’re committed to maintaining our national and marine parks, as well as tackling climate change.

Equality: A healthy democracy ensures social justice and equality for individuals, the family and all social units, and the elimination of exploitation based on gender, race, or age.