Member of the Legislative Council

I am a feminist, unionist, Labor member of over 15 years, community activist, daughter, wife and mother.

I believe that people of my generation: young women, working parents, people with energy and ideas about the future, should have a seat at the table and a voice in Parliament.

My values are a deep and life-long commitment to social justice, equality and democracy. I don’t just talk about these values, I live them.

My parents were lifelong union members – delegates in their workplaces and leaders of industrial campaigns. My father was the lead delegate at SBS when it introduced in-program advertising in 2006, his workplace activism had him marginalised and ultimately terminated. This experience – both his disgraceful treatment by management and the steadfast support from his union MEAA – were hugely formative experiences in my life.

My first political action was as a high school student in the late 1990s, participating in walk-outs and protests over the appalling racism of Pauline Hanson. I became a dedicated activist as a student passionate about women’s issues and feminist organising. I was the Women’s Officer of the University of Sydney SRC and led campaigns calling out sexism and sexual harassment on campus. 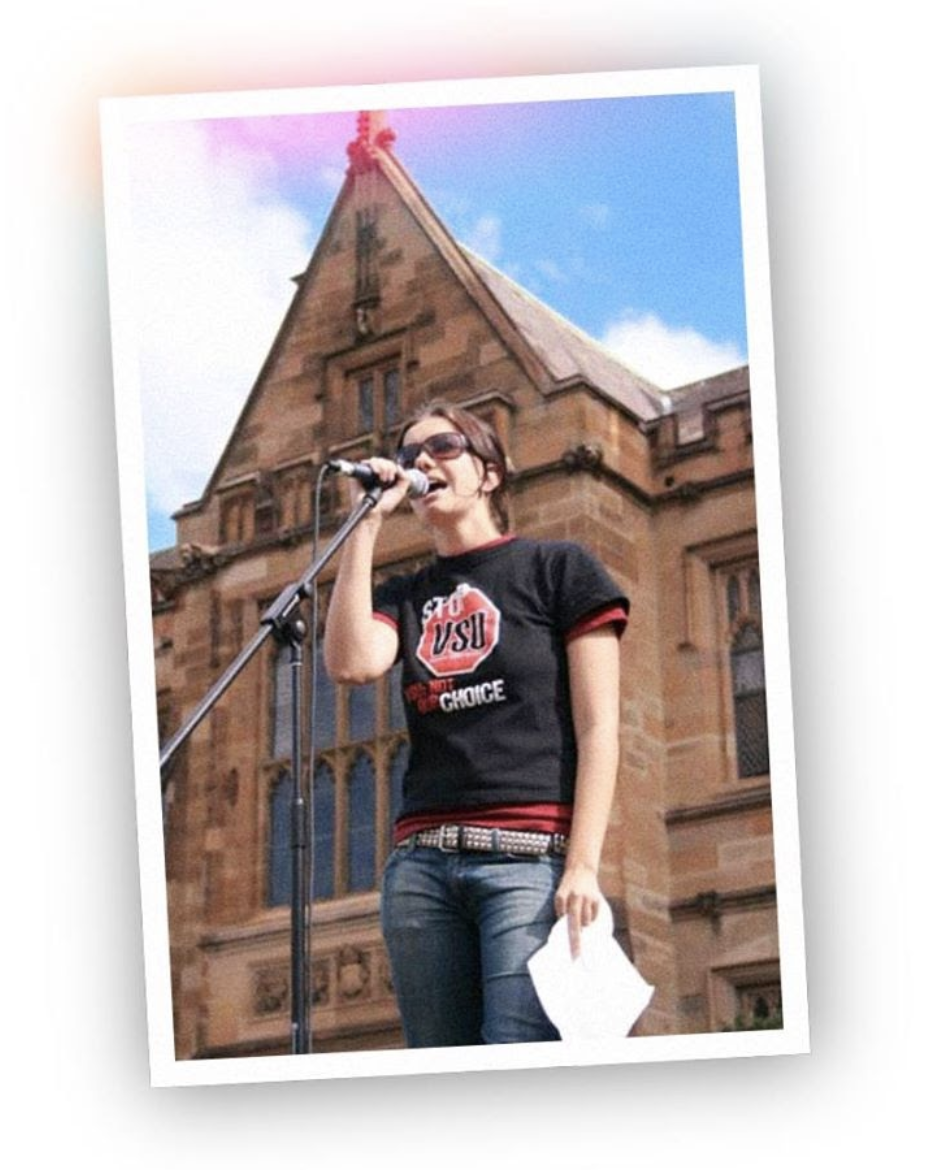 After graduating from the University of Sydney with degrees in law and economics, I was an official with United Voice (formerly LHMU) for over 4 years. Working for a union and building power for working people was a privilege and something of which I am immensely proud.

I cut my teeth working in sectors such as childcare, aged care and cleaning with low-paid mainly women workers.

The work was challenging and precarious, but the resilience of these members and their determination to organise together for a better life was inspiring.

It is impossible for me to separate my participation in the ALP, my political activism and my interest in being a political representative from my union values and aspiration to see unions play a central role in Australian public life.

I have two kids – Charlotte and Oscar – who are the light of my life. My husband Sam and I are raising them in North Strathfield. I can’t talk about why I want to serve in NSW Parliament without talking about my kids, because they drive me every day to be an activist for a better world.

I want to be a  politician who challenges cynicism and apathy. I want to build trust and engagement in our political systems.

I want to be a political leader who steps up when others are stepping back.